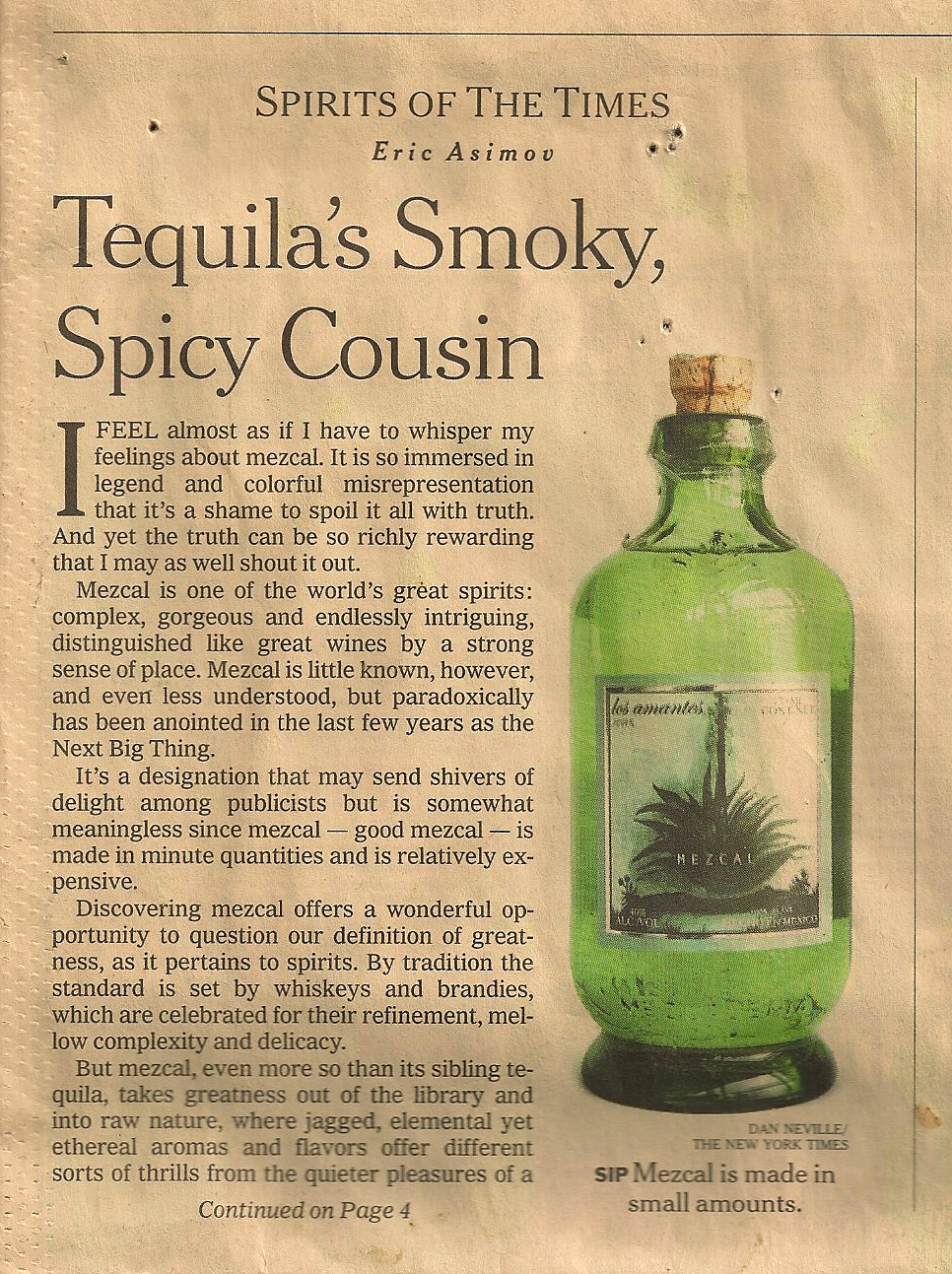 Along with the 13 unaged mezcals, sometimes called silver, blanco or joven, for young, we tasted five reposados, which are aged in oak for less than a year, and two añejos, which are aged at least a year. Only one reposado, the Los Amantes, made our top 10. It was the most refined of the mezcals, and the only one in which oak left a positive impression.
For the most part, we felt oak robbed the mezcals of their distinctive features. Some took on an almost syrupy texture, or tasted of vanilla and cinnamon, leading Philip to warn of the dangers of what he called over-refinement.
Except for the single reposado, we far preferred the raw intensity of the pure white mezcals, like the San Juan Del Rio, our best value at $35, and the powerful, direct Sombra. The joven from Los Amantes was fascinating to compare with the reposado, more forceful and ferocious, truly mezcal with the bark on.
http://www.nytimes.com/2010/08/18/dining/reviews/18wine.html?pagewanted=all&_r=0
Mezcaleria Los Amantes
Allende #107 centro, Oaxaca.
www.losamantes.com
fb/mezcalerialosamantes
twitter/@amantesmezcal
www.losamantesmezcal.blogspot.com